A country inn through the years 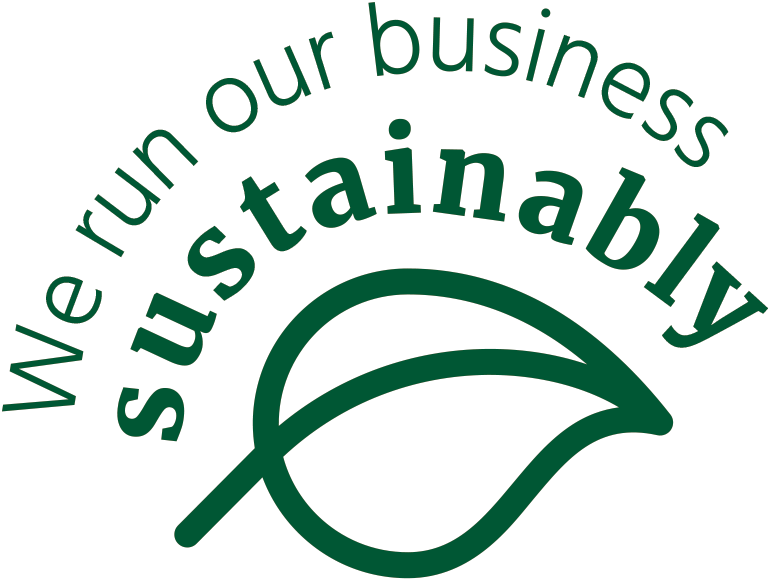 Right in the center of the idyllic Waldhessen region, bordering the Knüll Nature Preserve and directly adjacent to the Rotkäppchen district of fairy-tale fame, you'll find our Landgasthof Hess Hotel. Surrounded by picturesque meadows, forests and gentle hills and yet easy to reach from the Bad Hersfeld-West Autobahn exit. The perfect place for a restful and relaxing break in a scenic country setting. 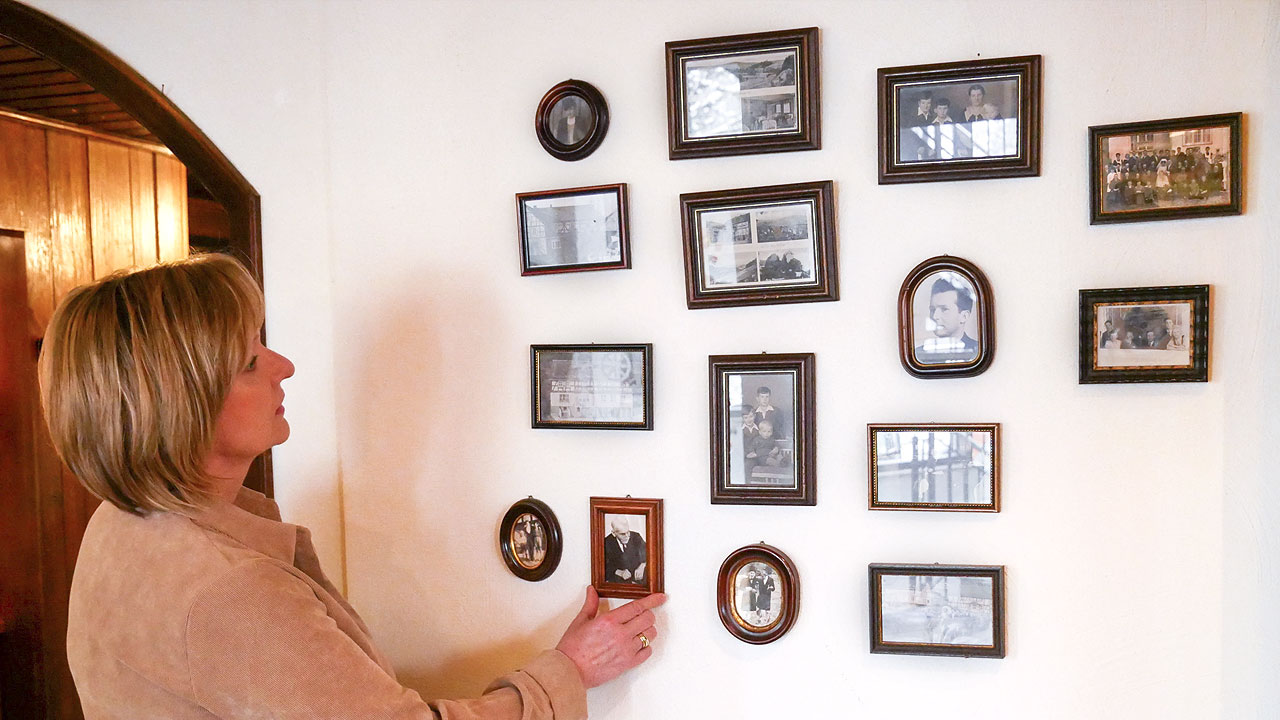 Every nook and cranny of our hotel building has a story to tell.

A vision based on values 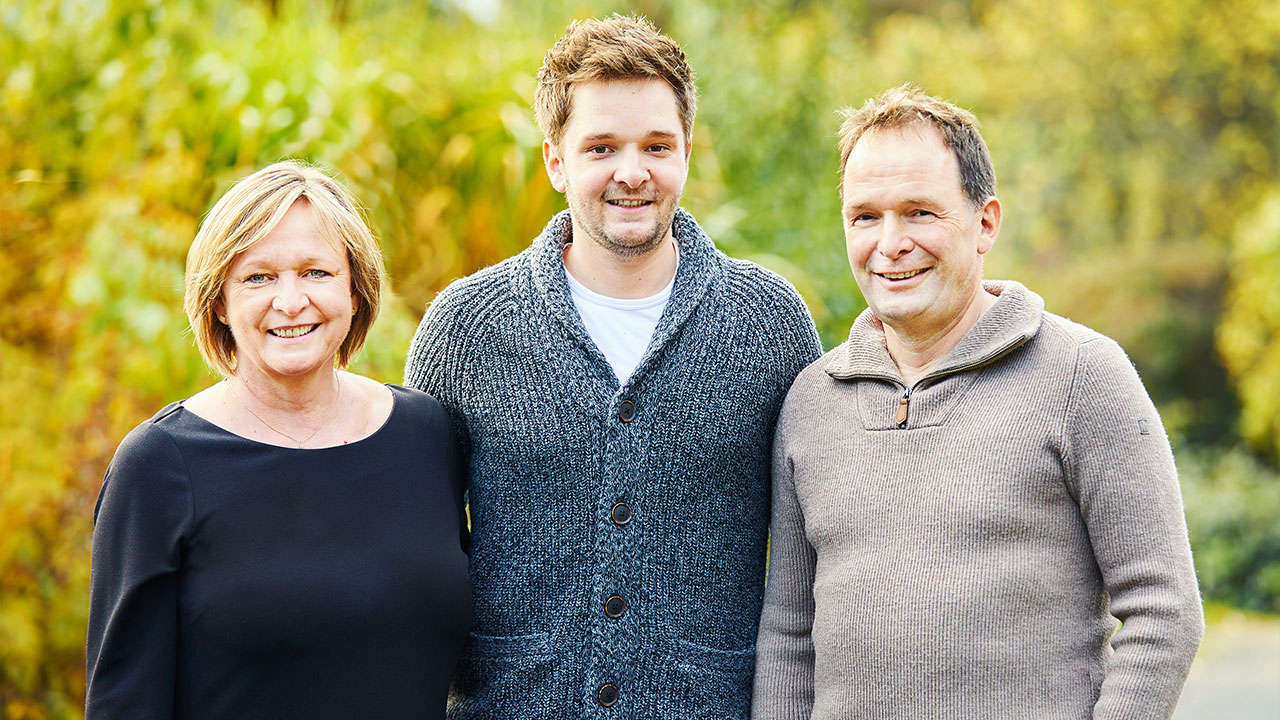 Martina, Alexander & Karsten Hess
The combination of traditional half-timbered construction with state-of-the-art facilities found in our hotel building captures an important aspect of our philosophy. Down to earth and close to our roots, we also keep a clear view of the larger world around us.
And friendly, effective hospitality is always our top priority – we are here to welcome our guests. Our mission is to make your stay with us as pleasant and enjoyable as it can possibly be. It's important to us that you feel at home and that nothing is missing in your experience with us. You should come as a guest and leave as a friend.
„For us, when we say "Till we meet again!", it's not just a standard phrase but an expression of our real wish to have the opportunity to greet you again in our establishment before too long.

Our coat of arms highlights the traditional roots of our establishment.
At the top, you see the Neuenstein Castle – the famous landmark of our region. Albert the First of Wallenstein had it built in the 13th century as a fortress along the Homberg-Hersfeld trade route.

The wheel stands for the cartwright workshop managed by our forefathers Adam and Wilhelm Hess, where coaches and wagons were manufactured.

The post horn symbolizes the post office that was operated by the landladies of the inn from 1900 to 1968. 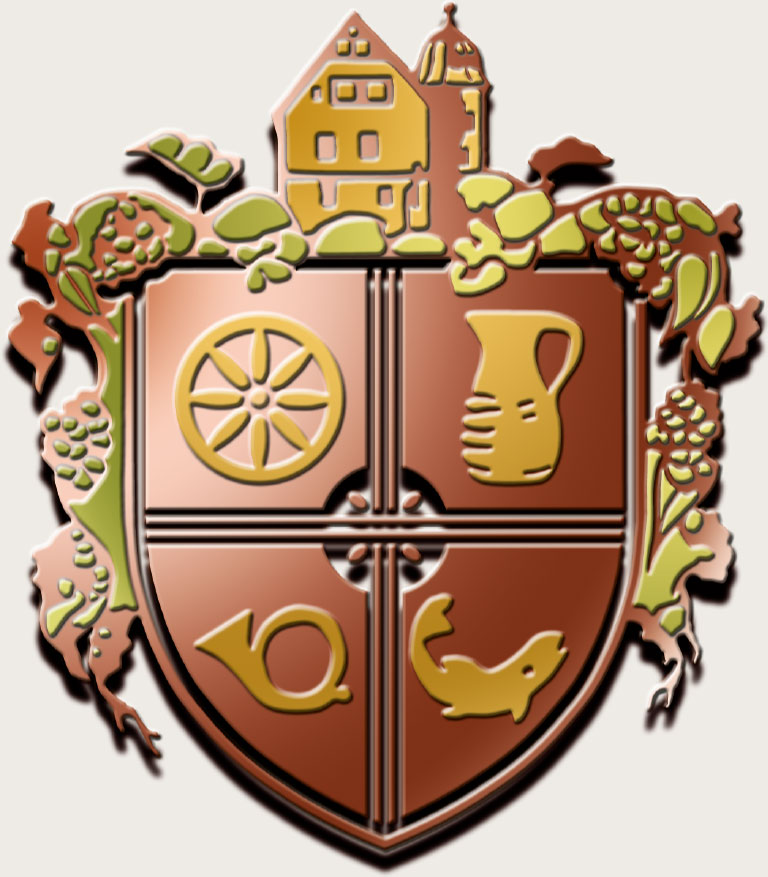 The pitcher stands for a rich history of gastronomy. The inn has been owned by the family since 1896, serving travelers and local guests through the decades.

The trout makes reference to local agriculture and aquaculture – with which we've always had a close connection.

The history of the Landgasthof Hess Country inn begins in 1896 when Heinrich and Barbara Schmidt purchased the original structure (built in 1859 by Casper Kolbe). Four years later they acquired the tavern license in addition to the farm and the "Gasthaus zum Stern" inn was established. A post office was also operated at this location besides the tavern business. In the 1930s it was time for a new generation to step up. 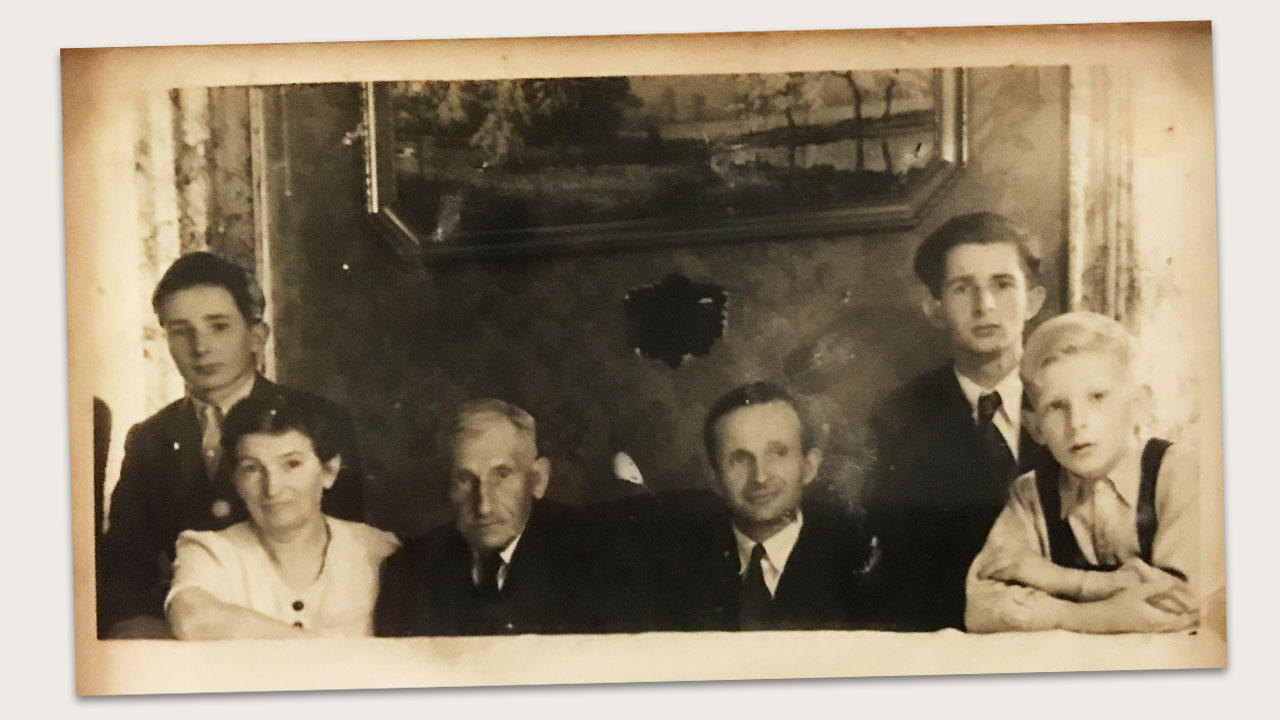 The first three generations of the Landgasthof Hess Country Inn:
Wilhelm Hess (furthest left) next to his mother Elise, Heinrich Schmidt (third from left), next to Adam Hess as well Heinrich and Konrad Hess (furthest right), brothers of Wilhelm.

Together with her husband Adam Hess, Elise, the daughter of Heinrich and Barbara, took over the tavern, which was given a new name "Zur grünen Au". At this time, the tavern and the farm were complemented with a new cartwright workshop that manufactured coaches and wagons. Elise and her second oldest son Wilhelm continued to operate the tavern and the farm following the sudden death of Adam Hess. In the 1960s, Wilhelm and his wife Annegret expanded the tavern into a hotel with 46 beds. The tavern "Zur grünen Au" now became the Landgasthof Hess Hotel. In the following 30 years the hotel continued to grow. The charm of the hotel and the individuality of its rooms are a product of ongoing extensions and enhancements between 1960 and 1994. In these years, the two adjoining half-timbered buildings were combined into a single unified structure. With the new millennium, a new generation took over the management as Martina and Karsten Hess took charge of the business. With the fourth generation, the focus of the business shifted from bus tours to individual leisure travelers, business travel and meetings and conferences. Modern hospitality, conference facilities and leisure activities offered in an attractive traditional setting is what Martina and Karsten Hess continue to develop and provide to guests. 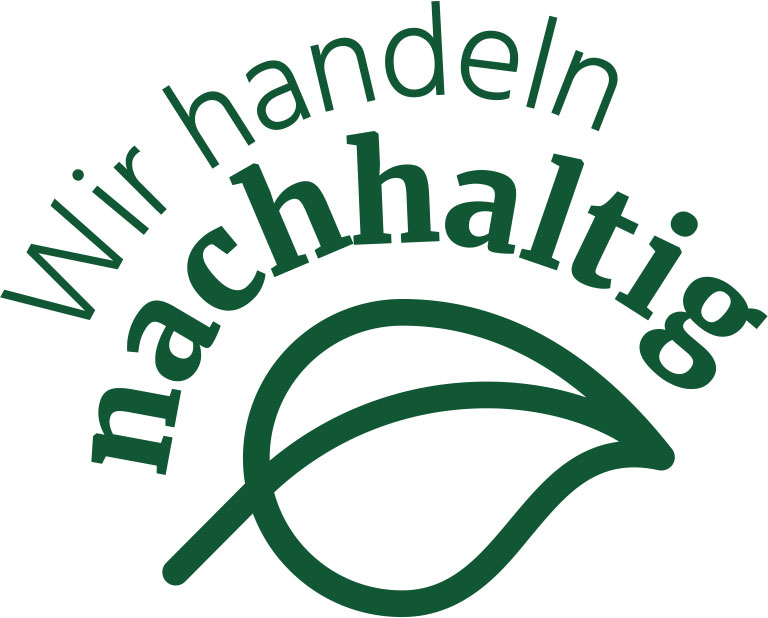 Climate protection is a responsibility for all of us, one which we also try to honor with our business as a country inn. With the use of regional products and environmentally friendly energy production, we want to make our own contribution to these efforts. Guests who are traveling with an electric vehicle are welcome to make use of our charging station (0.40€ per kWh).

We'll be pleased to hear from you 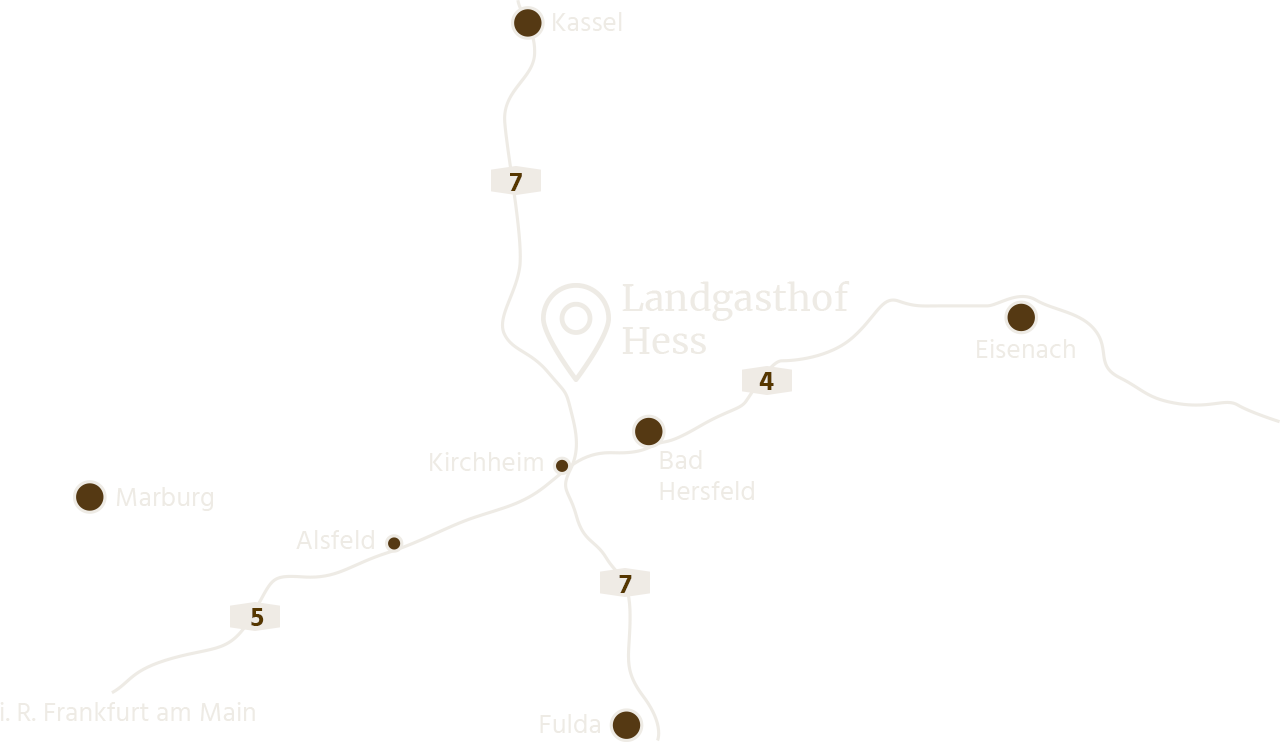